Peter Andrew Jones (born 1951) is a British artist and illustrator perhaps best known for his many fantasy and science fiction genre illustrations. During a career of over 30 years he has worked on book jacket covers, film posters, advertising, and games, and set up and ran his own company, Solar Wind, later transforming it into a Science Fiction & Fantasy brand, alongside several other specific genre-based brands, such as Rural Dreams, his rural wildlife and landscape art. He now lives in rural Shropshire, England, where he manages his business self-publishing handmade books, cards and prints, and continuing to work on original art, including science fiction and fantasy illustration, wildlife art inspired by his immediate surroundings, and private commissions. 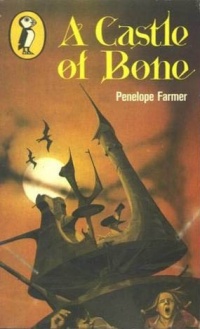 Peter Andrew Jones was born in 1951 in Islington, London, the son of Reginald and Catherine Jones, his father an engineer.[1] Showing interest in the visual arts from an early age, he describes the London of his boyhood as 'noisy and grey' with little for children to do, and took to painting to fill time and "colour his world".[1] He also began to develop a lifelong love of aviation and space technology encouraged by commercial Airfix kits and drawing fighter aircraft at RAF Leuchers in Scotland. At school he continued to pursue his interest in art, and won numerous school prizes for his work. A trip with his parents to London's National and Tate Galleries at around the age of twelve further fixed his interest in a future career in the field.[1]

With the encouragement of his art tutor, Jones attended St. Martin's School of Art in London in 1970, where he studied graphic design, graduating in 1974.[1] At the college, a visiting lecturer suggested Jones combine his interest in realism with imaginative skills, drawing Jones into the Fantasy and Science Fiction fields.[2][3] Whilst at St. Martins Jones took the decision to "become an illustrator". Within a month he was producing his first commercial work for Puffin Books, the cover for Penelope Farmer's A Castle of Bone.[1]

He has also produced images for film publicity, creating the movie posters for The Sword and The Sorceror and Alligator, contributed during the early 1980s to television shows including BBC comedy The Two Ronnies Show and the BBC's '80s sci-fi adaptation of The Tripods, and has produced cover illustrations for video game publishers such as US Gold, Psygnosis and Virgin Interactive.[3]

Jones is well known for his work for the Fighting Fantasy gamebooks originated by Steve Jackson and Ian Livingstone in the 1980s, particularly for having provided the original cover for the first title in the series in 1982. To the distress of the book's publishers, Jones' illustration for the cover of The Warlock of Firetop Mountain was designed with space for the title in the center of the frame, eschewing the publishing tradition of placing titles at the top of the page,[3] something he did after being asked to do 'something revolutionary', and was inspired by his observations of the layouts of many American romance titles at the time.[5] He provided several further pieces for the Puffin FF series, including covers for Starship Traveller, Talisman of Death, and The Riddling Reaver, as well as over twenty cover illustrations for Joe Dever's Lone Wolf gamebooks[6] and a number of covers for Mark Smith and Jamie Thomson's Falcon series.[7]

Also during this time, a number of Jones' fantasy images appeared on the covers of Games Workshop's White Dwarf magazine - White Dwarf 54 From covers for the magazine, Jones went on to produce game art for GW's boardgame adaptation of the first Fighting Fantasy title The Warlock of Firetop Mountain (board game); cover art for GW's edition of Chaosium's Stormbringer RPG followed.[8] The processes involved in Jones' production of the cover for Stormbringer were detailed in an Illuminations exposè in White Dwarf issue 90.

During the 1990s Jones further pursued his interest in aviation-related art, becoming involved with the RAF Benevolent Fund, and a number of World War II pilots. His illustrations of aircraft and aerial combat can be found in a variety of books on the subject, and his work in the field has been commended by pilots, including one-time World War II pilot George H. W. Bush.[3]

During the early 1980s Jones set up his own design studio and licensing company, 'Solar Wind Ltd', based in Wimbledon, London, to facilitate his ongoing illustration work and manage the licensing of his images. Solar Wind was closed down in the late 1990s, when he decided to develop the name for a wider remit, bringing together work in various fields. Solar Wind was transferred to Shropshire with Jones, from where he now operates the company. Jones' current work includes ongoing genre and wildlife illustration, the production of handmade and self-published books, cards and prints, and occasional private commissions.[2][3][9] He has also self-published further collections of his work, including Heroes and Villains, Affetti, Rural Dreams, Solar Wind: No Known Substance and an illustrated dark fantasy novel called Crux Millennium.[9]

As a child Jones enjoyed the formative influence of popular media during the 1960s, including The Eagle's Dan Dare, DC's Superman and Batman comics, and television programmes like Thunderbirds, Doctor Who and Star Trek. Later on he was exposed to the rash of alternative cultural phenomena of the decade, discovering underground artists like Robert Crumb, Mick English and Martin Sharp, and Pop art such as that of Peter Blake and David Hockney. Salvador Dalí, who he considered 'science fantasy', was also a guiding influence during his early years. Whilst at college, Jones was introduced to American artists and illustrators like Norman Rockwell, Andrew Wyeth and James Bama, frequent illustrator of the Doc Savage books. Bama in particular made a lasting impact, particularly his Western genre art, and Jones still considers him both a genius and the single most major influence on his work.[1]

Jones' science fiction and fantasy work tends to be predominated by images featuring central characters against the backdrop of other-worldly landscapes.[2][3]

Jones works primarily in hand-mixed oil paint,[3] although he has long made a habit of using a diverse range of mixed media in a single piece, including mixed applications of oils and acrylics, the effect produced being of greater concern than the potential longevity of the piece.[4] In recent years he has also adopted the use of a Macintosh computer and drawing tablet.[3] Jones' handmade prints, sold via his website and certain stockists, are sometimes detailed with gold and rare pigments such as lapis lazuli.[2][3]

Cover illustrations such as that for the Stormbringer RPG are executed in alternating layers of oil and acrylic colour, including the use of an airbrush, on an emulsion-primed hardboard support, in the case of Stormbringer, lightly dusted with plaster whilst wet and sealed with an oil wash.[8] Said White Dwarf's art editor John Blanche of Jones' take on Elric, "Peter's strong design sense and dramatic choice of colours have combined to produce the definitive image of Elric, as the battle-crazed albino, dominated by his demon sword, Stormbringer. . ."[8]