Steve Jackson (born 20 May 1951 in Manchester, England) is a game designer, fantasy writer and games journalist. Probably best known for founding Games Workshop and the Fighting Fantasy series of gamebooks.

Steve Jackson was born in Manchester in 1951. He attended Altrincham Grammar School where, in 1967, he became friends with Ian Livingstone. After attending the University of Keele, Jackson moved down to London with Ian Livingstone. [1] There, they shared a flat with another friend from Altrincham, John Peake, in Shepherd's Bush. When Dungeons & Dragons was first published in 1974, they had heard about the game through fanzines like Europa and News from Bree, but did not get a copy until 1975. Jackson described the arrival of Dungeons & Dragons as "mana from heaven"[2] because he and Ian felt they had been brought up on science fiction, Marvel comics and The Hobbit, as opposed to the more historically based games popular at the time such as heavy duty counter-and-hex board wargames from Avalon Hill, SPI, Wargames Research Group tabletop rules and Diplomacy. At this time Jackson had a job in an office processing orders for scientific instruments from the Middle East. He has said that for the last month of his working-life as an employee of someone else he did virtually no work: "I had a sheet of graph paper on my knee under the desk on which I was designing my dungeon. And I spent all day staring out the window dreaming up monsters and traps. Many of these appeared later as encounters in the Fighting Fantasy and Sorcery! Books."[2]

In early 1975, Steve Jackson co-founded the company Games Workshop with John Peake and Ian Livingstone.[3] In 1980, Jackson and Livingstone began to develop the concept of the Fighting Fantasy gamebook series, the first volume of which was published in 1982 by the childrens publisher Puffin Books. Steve led development of the combat system (in favour of a more complex one proposed by Ian) and the second half of the adventure after the river.[4] 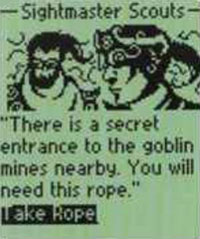 Steve would o on to write the more adult marketed Sorcery series and develop the Fighting Fantasy system into an introductory Roleplaying Game. The mid 80s fantasy boom coincided with the emergence of telephone based technologies, which led Steve to be invited to develop an interactive phone game called F.I.S.T. This relationship with emerging technology continued in the early 2000's with a WAP (Wireless Application Protocol) version of Sorcery![5], and more recently (2013) a version of Sorcery for iOS.

Jackson now works at Lionhead Studios, which he founded with Peter Molyneux. He is also an honorary professor at Brunel University in London, teaching the Digital Games Theory and Design MA.[6]

He is sometimes mistaken for Steve Jackson, an American game designer.[7] The US Jackson also wrote three books in the Fighting Fantasy series, which adds to the confusion, especially as these books were simply credited to "Steve Jackson" without any acknowledgement that it was a different person.[8]